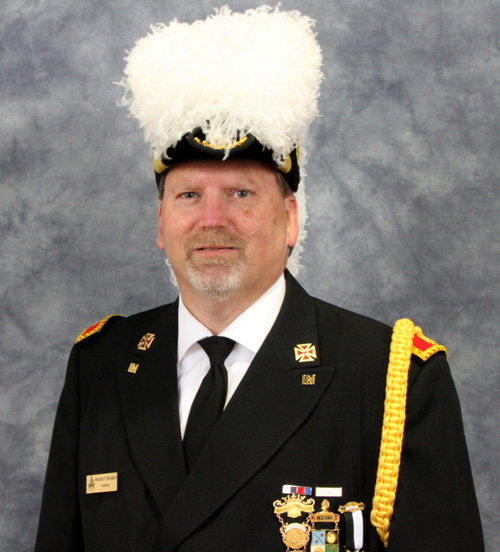 I was born into a Masonic Family; my Father was a Member of Cumberland Lodge #726 and my Sister and Brother were in Job’s Daughters and DeMolay at Cumberland. When I turned 13, I was presented a DeMolay petition and I was Initiated into William Hacker Chapter Order of DeMolay in Shelbyville in 1983. I then proceeded up through the ranks and then served as Master Councilor in 1985 for the first time, I also had the honor of presenting PGM George Tolen with his 50yr DeMolay pin at my installation. I took a little time off from the Masonic Fraternity and then joined Farmers Lodge #147 in 2001 when my lodge was forming a DeMolay Chapter, after joining Lodge I served in my first office of Senior Deacon in 2002. I have been very fortunate to have joined several Masonic Organizations since and have travel supporting them

I met my Lady Dee in 2010 and we were married under the Marvin L. Isley Clock Tower at the Indiana Masonic Home in 2018. Brother Marvin was not only from my Lodge and York Rite, but he was also a family relative of my wife’s and was a great way to start our marriage.